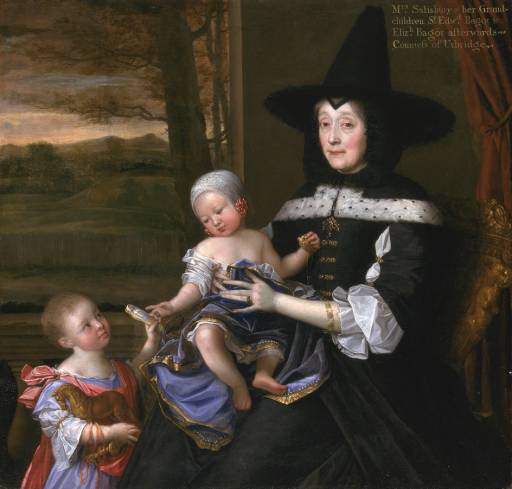 This is such an interesting portrait. Depicted in this painting are Mrs. Salesbury and her grandchildren of Blithfield, England. An artist named John Michael Wright painted this family in 1675. Mrs. Salesbury’s attire is that of a wealthy widow. Her pointed hat is of a type worn by affluent women throughout Britain at this date. Mrs. Salesbury is in contemporary dress and little Edward wears imitation classical attire.

How did Mrs. Salesbury’s lovely pointed hat become an iconic symbol of witches? There are several theories, however, one hypothesis proposes that witch hats originated as alewife hats. Women who home-brewed beer to sell wore the distinctive headgear. According to this suggestion, these hats gained negative connotations when the brewing industry, dominated by men, accused alewives of selling diluted or tainted beer. In combination with the general suspicion that women with knowledge of herbology were working in an occult domain, the alewife hat could have become associated with witchcraft. I wonder if Mrs. Salesbury was brewing beer for a little pocket money.

Certainly, we do not jump to such rash conclusions or prejudices today, do we?

Moon is traveling through Cancer today. Beware of mood swings. Cook some soul food. Cuddle up with someone. 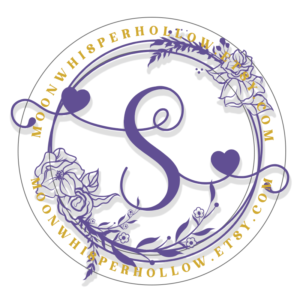